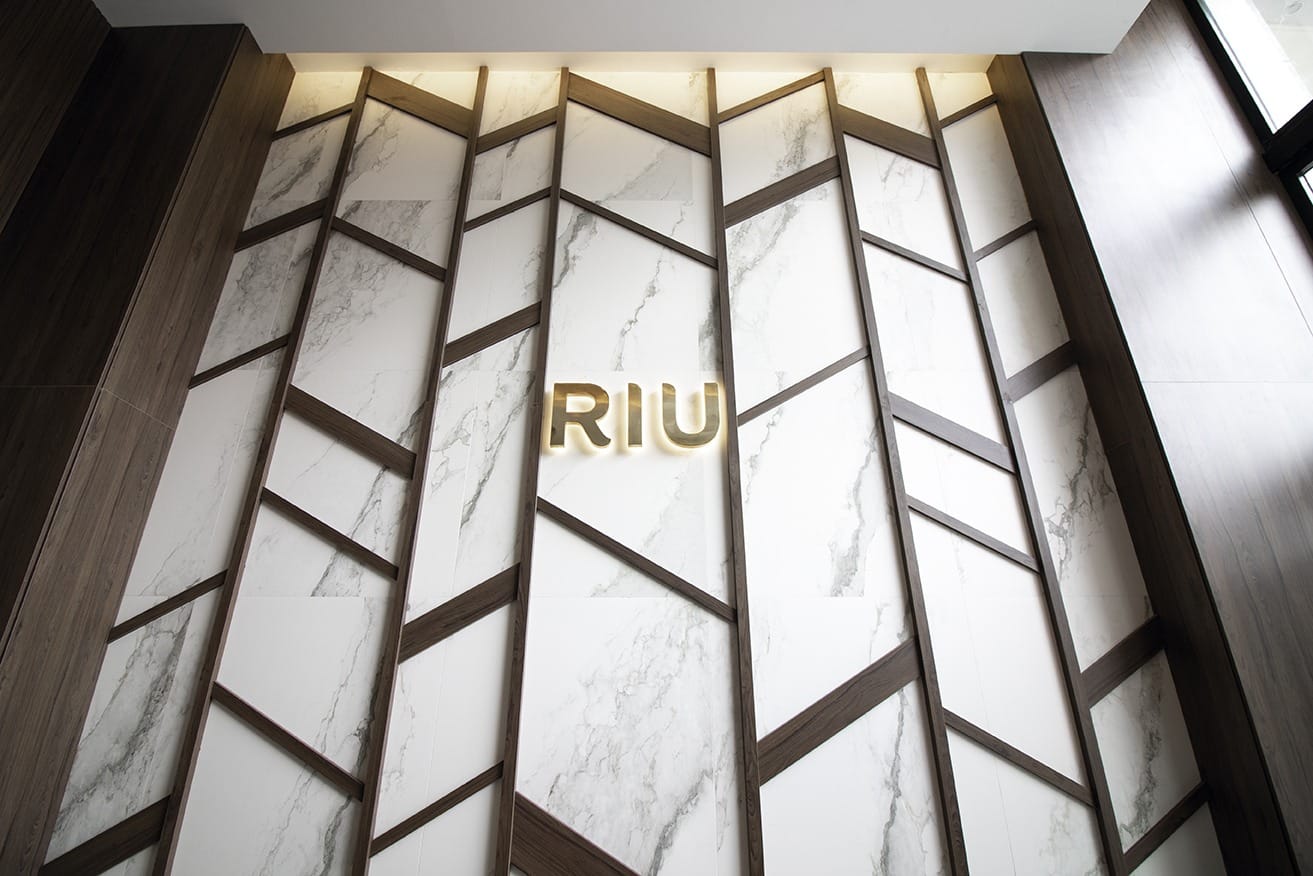 The iconic ‘España building’ was disused for ten years when Riu Hotels & Resorts acquired it. Now, after an outstanding work of architecture and interior design in which Inalco MDi was chosen, a new hotel in the capital, the Riu Plaza Madrid, can be enjoied.

The ‘España building’ was inaugurated in 1953 and at the time great Hollywood stars and Spanish artists stayed there. With its 117 meters high, for many years it was the tallest building in Madrid and today it´s ranked eighth. Its management and functions have been changing until finally and after ten years in oblivion, Riu Hotels & Resorts chain acquired it to make it its first hotel in the capital, the Hotel Riu Plaza Madrid.

In the reform it has been decided to maintain the 50s and 60s´ art deco essence. Thus, original elements such as the bas-reliefs of the reception, entrance doors or stairway railings have been respected.

Crossing the doors of the Riu Plaza hotel means automatically immersing yourself in a luxurious and sophisticated atmosphere. The materials, the colors, the bas-relief behind the counter (part of Madrid´s historical heritage) convey the elegance of a high-end hotel of its category. The Larsen collection, with its Super Blanco-Gris color and its light veining, fits perfectly in this context. It can also be found in the Lobby Bar and in a second reception, where together with other decorative elements helps to create an atmosphere in the purest art deco style.

In these spaces, as well as in the restaurant areas, the Petra collection has been used as floor and as a decorative element in columns.

It is about 5,000 m2 distributed in 17 meeting rooms that are highly used on a daily basis, so not only the beauty, but also the resistance of MDi make it an ideal element for these areas.

MORE THAN A HOTEL

The Riu Plaza Madrid hotel is more than a hotel, even more than a place to celebrate the most select events.

On the 26th floor we find its bar ‘From Madrid to heaven’, set in the ‘movida madrileña’ trend, while on the top floor we access the ‘360º’ sky bar, where, as the name implies, we enjoy 360 degree views of the city.

In addition, in this renovation two previously separated areas have been joined through a glass walkway located over a hundred meters high. The terrace and its walkway have become a tourist attraction in the capital, where visitors can enjoy the breathtaking views and the adventure of almost floating on the sky of Madrid.